a fresh look at faces

Today a friend of mine posted a photo of her mother on Facebook, and I commented on how much they looked alike. Faces, like all 3-dimensional objects, contain geometric shapes, and when those shapes are positioned at similar angles and have similar proportions, you get similar faces.

This is usually the result of familial biology, but sometimes two unrelated strangers are mistaken as twins or siblings. (This happens to me frequently, as I live in a city wherein another woman my age has similar coloring and facial structure. We’ve been mistaken for each other for decades).

As a portrait artist, I’m fascinated with faces. When I’m out people-watching (a favorite activity), I see the ovals and cones and spheres in every face. I weigh the angles and proportions of the underlying bone and muscle structure that gives each face its unique appearance, and imagine how I’d draw each one.

The most common mistake made by beginning artists when attempting to render the human face is to draw what they think they see instead of what they really see. For example, we all consciously know that there are two tiny facial holes called “nostrils,” yet those holes are often drawn by beginners as black circles, giving the face a porcine-like appearance. 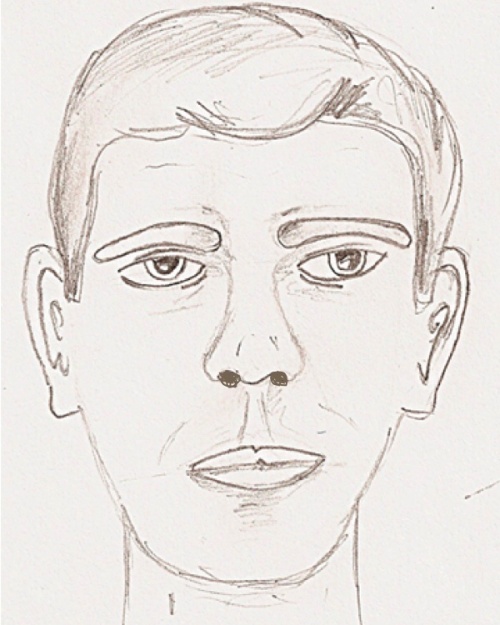 In reality, nostrils are neither circular nor on a vertical plane. Look again. Nostrils  are typically an asymmetrical oval (though the shape varies widely) and, when looking straight on, lie on a nearly horizontal plane (depending on the nose shape).  From a straight-on perspective, nostrils are hidden almost entirely, and might only be rendered as subtle curves or indentations along the bottom edge of the nose.

But that is just one example. Each part of the face requires a great deal of observation before putting graphite or paint to canvas. I urge each of you – especially those who say “I can’t draw faces!” – to spend some time really looking at the human face. What a fascinating and diverse subject.

One response to “a fresh look at faces”